The Beginning of fighting foundations

Each technique taught in the fundamentals system are all Grand Master Hélio Gracie’s, essential techniques. All three Valente Brothers, Pedro, Gui & Joaquim Valente, are dedicated to preserving Hélio Gracie’s Jiu jitsu & to teach the same way as in 1952 at the original Academia Gracie, founded by Carlos Gracie.

If you have on bookshelf, Gracie Jiu-jitsu by Helio Gracie. (You shouldn’t pay more than $70 or £80 for this book) You will find most of these techniques taught in the fundamentals, at Valente Brothers.

It’s clear as daylight that Grand Master Hélio Gracie wanted to keep jiu jitsu as a self-defence system, as taught to him by Carlos Gracie. The first part of his book is history, and then onto the essentials each instructor should need to teach Jiu-jitsu. Then we move onto the techniques, here’s a list in order:

You can study Hélio’s book yourself, and you will find a complete system of self-defence.

But if you have any doubt about Valente Brothers & their knowledge of Jiu jitsu. Hélio, in clear writing, recommends training with the Valente Brothers and other members of the Gracie family.

Jiu jitsu is ancient. You can find wall drawings in Egypt of fighting techniques, such as throwing and grappling. Humans have been fighting since the beginning of human life, so it would make sense that people would need skills to defend themselves.

If you look hard enough you will find that Jiu jitsu is extremely old. The Samurai used Jiu jitsu (Jujutsu is the correct spelling in Japanese terminology) to defend themselves when disarmed. Samurai warriors became outlawed after Emperor Meiji abolished them, in fact he ordered them to be hunted down and killed, if they didn’t agree to be disarmed.

The ones that survived were the ones responsible for spreading Jiu jitsu around the world. (Order 66 Star wars, Emperor Palpatine ” The remaining Jedi will be hunted down & defeated” You will find this story has been told many times in fiction)

When did the fundamentals change to the Fighting Foundations? To tell you the truth, I’m not sure. I believe the year is 2016. In September 2017, I think, Valente Brothers moved to their new facilities & a new chapter began in their history.

What I can tell you, is that I, Christopher, have been working closely with Valente Brothers since 2010. This gives me almost nine years of Valente brothers studying. This makes me a prime candidate to teach the Fighting Foundations curriculum because of my loyalty and dedication!

Our head instructor spends all day teaching group and private classes using the Fighting Foundations system of self-defence, therefore, has the knowledge to teach and improve our students.

Christopher Charalambous is a full-time teacher of jiu-jitsu, starting his day with private classes from 7 am onwards, finishing at 10 pm.

Jiu-jitsu is now easier to learn, no matter your age, or your ability! I personally know a Valente brothers black belt that’s almost eighty years old, what an accomplishment. Chesterfield Jiu jitsu also have students in their sixties.

Chris is not sure of the exact number of black belts given by Hélio Gracie, but we think the number is around 27. This is due to the difficulty and requirements needed to pass! Chesterfield Jiu jitsu are lucky to have 3 professors of Hélio Gracie, as our mentors.

Fighting foundations curriculum around the world

There are only two schools that teach Valente Brothers curriculum in Europe, Eric in Weesp, Amsterdam and Sheffield Self-Defence.

If you would like to book an evaluation class in Sheffield or at our location in Chesterfield, here is a link below: 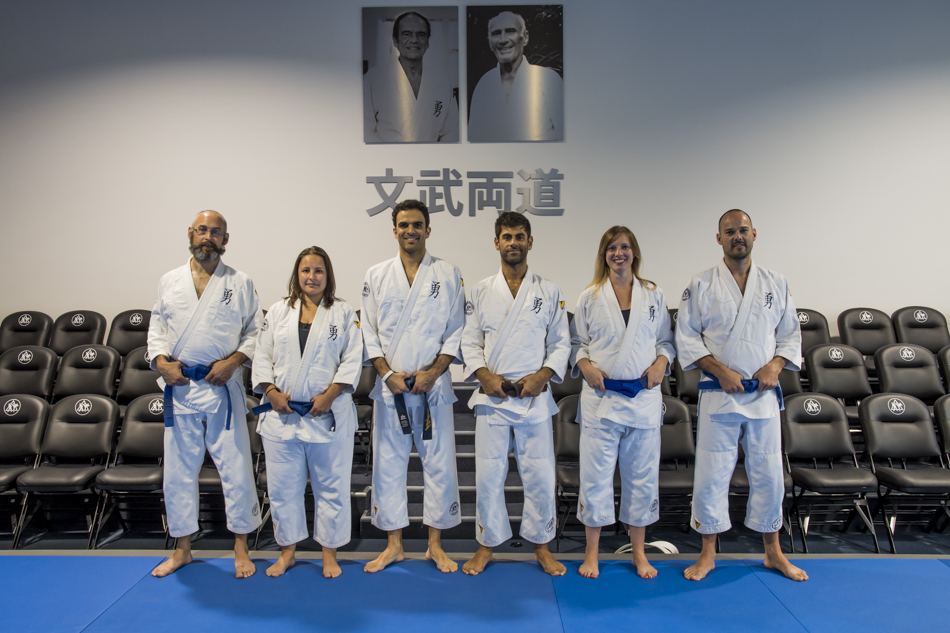